Skip to content
Club Photographs
Bob Jones writes: This year a large part of the evening’s entertainment came from outside the Club. Firstly, magician Gordon Hunt provided a highly amusing fusion of spoof and genuine trickery, as well as compering the show. The Smoky Monkeys, of Fringe fame, then demonstrated quick thinking and wit as they wove stories out of words invited from the audience. On the home front, Elspeth MacGregor gave a stirring, if not quite mainstream, account of Bonnie Prince Charlie’s flight, while Jan Osinski on accordion gave an escalating rendition of ‘The Transatlantic Race’ between American and British steam locos. The horticulturally-themed table quiz separated the sowers from the dibblers - or should that be the knowers from the dabblers? Raffle prizes were won by a past chairperson, a long-term club member and one of a few months standing – fair doos all round. The food was excellent and for the first time we had to draw on a reserve of my own wine sitting in the car outside; whether this contributed to the hearty carol singing led by our choir is unclear

Many members commented on the attractiveness of the table decorations 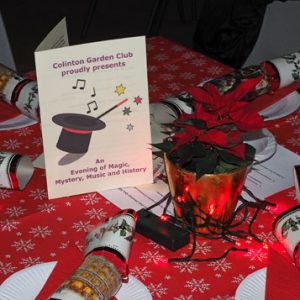 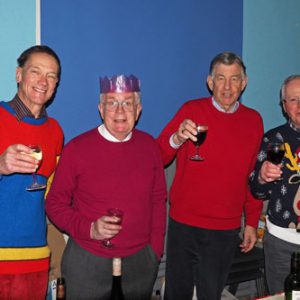 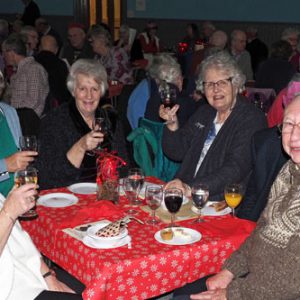 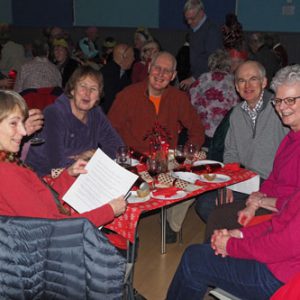 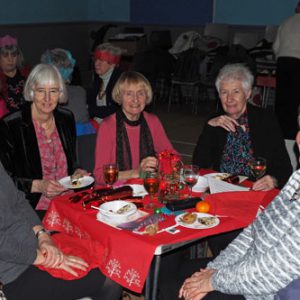 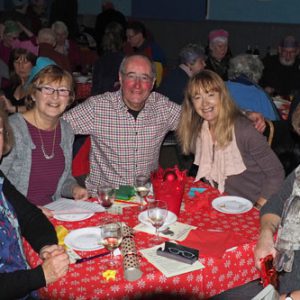 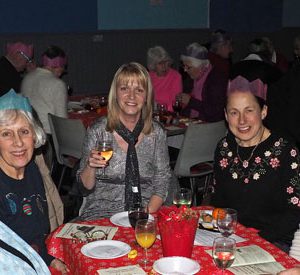 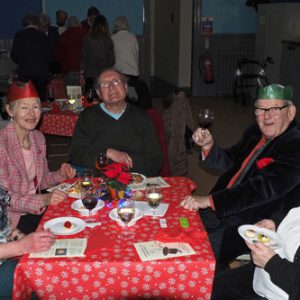