Skip to content
Members' Photographs
The Butchart Gardens are situated on Vancouver Island in British Columbia. Robert Butchart, a cement production pioneer built a factory on the island to satisfy the needs of the ever-expanding town of San Francisco (1904). His wife Jennie was the chemist in the company. In her spare time (!), she used the worked out quarries to fashion Butchart making good use of the removed topsoil. Robert complimented his wife’s industry by collecting ducks, peacocks and many other showy birds for display in the gardens. Photos taken by Margaret and Graham McDougall. 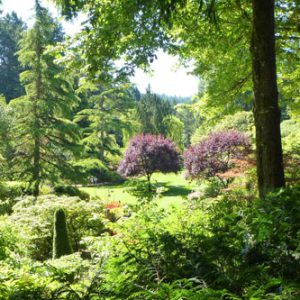